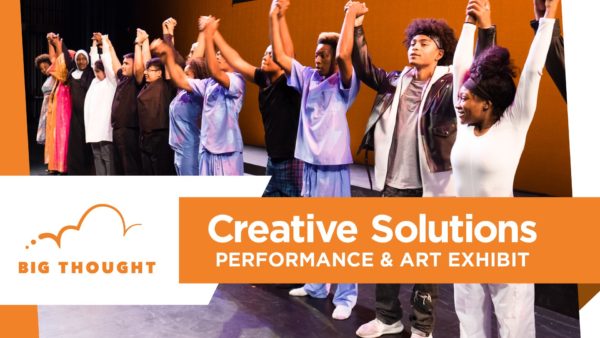 Creative SolutionsTM began as a program within Big Thought in 1994 as an initiative to send artists directly into juvenile detention facilities to offer incarcerated teens art-based workshops focusing on introspection, reflection and renewal. These workshops were soon recognized as being so successful that the Dallas County Juvenile Department asked for another continuing component to serve students after their release on probation.

In partnership with Dallas County Juvenile Department, SMU’s Meadows School of the Arts and master teaching artist-mentors Creative SolutionsTM has evolved into is an arts-as-workforce intervention program for adjudicated and marginalized youth. We use visual, performing and digital arts to help young people tap into their inherent greatness by improving job skills, promoting a positive self-image and increasing social and emotional development.

Guests will watch an original musical production, completely written, choreographed, directed and performed by participants in the program. And, guests will enjoy a private gallery showing of visual artwork curated and created by program participants.