This month, amid a global pandemic that has shut down in-person shows since March, Cara Mía Theatre is celebrating the start of their 25th anniversary season. But instead of focusing on what won’t be possible during this milestone year, the Cara Mía team sees the same opportunity they have over the past seven months: a chance to focus on their mission to engage and inspire people to uplift their communities. 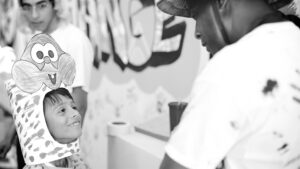 Founded in 1996, Cara Mía Theatre presents plays, offers multicultural youth arts experiences and takes part in community action that represent and give voice to North Texas’ Latinx community. Cara Mía, which is a Dallas City of Learning/Big Thought Learning Partner, has always challenged what the role of a theatre company is and can be, so their ability to innovate and pivot to address the needs of their community is no surprise.

In March, when in-person programming was no longer possible, team members prepared to work from home and took a few days to get settled. “We started asking ourselves, ‘What is it that a live theatre company can do right now? Why would a live theatre company even be open?’” said David Lozano, Cara Mía’s executive artistic director. “So those became our driving questions.”

The answer, to start, was to develop two new programs primarily focused on health and well-being: “Stories That Heal” and “Becoming a Light Unto Yourself and Others.”

The first, “Stories That Heal,” provided a space for participants to share a story — through a poem, song, dance or written piece — about something that has allowed them to heal. “People have been able to find commonalities and common themes that allow others to heal along with you,” said Cheyenne Raquel Farley, Cara Mía’s education and community action coordinator, who facilitated the series alongside artist and storyteller Stefanie Tovar.

In “Becoming a Light Unto Yourself and Others,” facilitator and human rights activist Ernest McMillan and featured guests that helped participants understand practices from different cultures that allow for healing and reflection.

In addition to online arts and health programming, the company also set up the Artists Relief Fund to help fulfill contracts for programming that would no longer happen, and to provide additional funding to create artist jobs. “We are a community and we believe in serving the community as a nonprofit, but it goes beyond just presenting programming,” managing director Ariana Cook said. “It goes to also supporting the network of people that we rely on in order to make that programming successful, and in order to serve the community in a wider way.” 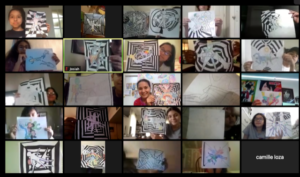 In the months since, the list of what the Cara Mía team has been able to accomplish has grown extensively. There have been virtual readings, online acting classes, bilingual story times, visual arts workshops and two summer camps. In July, Virginia Grise was named the theatre’s playwright-in-residence, and protests spread throughout the city and nation, Cara Mía joined three other Dallas theatre companies to start the BIPOC Arts Coalition, a way to advocate for antiracism, equitable funding and structural support for culturally specific artists and performance groups in Dallas.

Whatever the community has needed, Cara Mía has tried to provide.

And although the circumstances have been challenging, they’ve also allowed for a few breakthroughs. 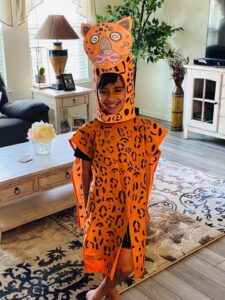 This year, Cara Mía’s annual summer camps, The School of YES! and the School of YES en Español!, went virtual. This change allowed the programs, which offer classes in everything from theatre to leadership, to reach youth in locations beyond Dallas, including Mexico and Puerto Rico.

The virtual format not only made it possible for parents and guardians to be more involved, but it also helped some youth feel more comfortable. “We had students that we’ve had at the School of YES! for years, that when it comes to doing their theater class, they are shy. They don’t want to get up and go full out and really use their voice,” Farley said. “But then when put in this virtual platform, they were completely out of their shell.” 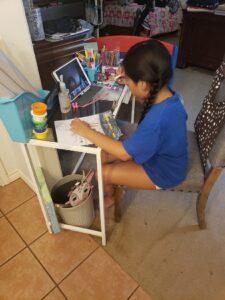 Looking ahead, there’s more virtual programming on the horizon, for youth and adults alike. Both “Stories That Heal” and “Becoming a Light Unto Yourself and Others” will return this fall, and an audio play will open on Oct. 12. The theatre is also filming its bilingual touring plays and workshops for youth and families to enjoy.

“There’s this kind of prescribed way theatre should run, and we’ve always tried to program a little bit against that,” Cook said. “But this pandemic kind of disrupted all of the systems and allowed us to really think deeply about how our art impacts people, how we impact people and how important it is to have the theatre.”

And until Cara Mía can perform in person again, they’ll continue meeting community needs in any way they can. “Theatre’s taking new forms, and certainly part of it is going virtual, but what we’re focusing on now is ‘What does it mean to put people first when creating our work?’” Lozano said.

The answer will undoubtedly reverberate throughout Cara Mía’s 25th season, no matter what shape it takes.