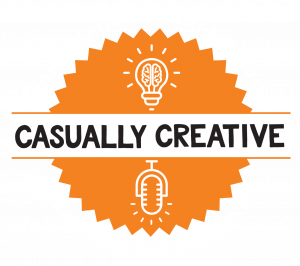 Casually Creative is a series of honest conversations with unexpectedly creative people. From poets to police officers, designers to developers, and artists to engineers, co-hosts Byron Sanders and J. Damany Daniel unpack how creativity is often evident in places we overlook. Byron and Damany talk to the people who embrace creativity everyday and learn the things that make them “nerd out” along the way.

For their first episode, Byron and Damany selected the iconic John LaRue, Deep Ellum Art Company Co-Founder. John LaRue is one of those guys who you meet and instantly want to spend hours talking to. Soft-spoken with a boisterous laugh and stories to match, John is one of your new best friends. 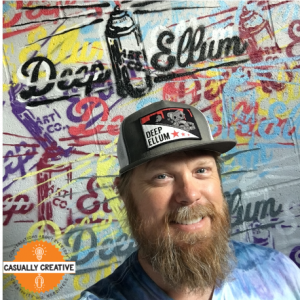 John’s story is varied and interesting, to say the least. From receiving not one, but two patents before his 15th birthday, to a career that has ranged from restauranteur to teacher, and now barback / custodian / emcee / security / holder of all the keys at one of the most innovative artistic establishments in Dallas’ Deep Ellum neighborhood, John consistent mission has always been to connect people. As co-founder of Deep Ellum Art Company: a performance venue, gallery, and bar dedicated to the “Creative and Native,” John now works to connect artists with lovers of the arts, often giving artists their first gallery experience.