Closing the opportunity gap means that in addition to high-quality education programs that unlock creativity, we also must provide our children with social and emotional learning skills that will prepare them for careers that are yet to be created. 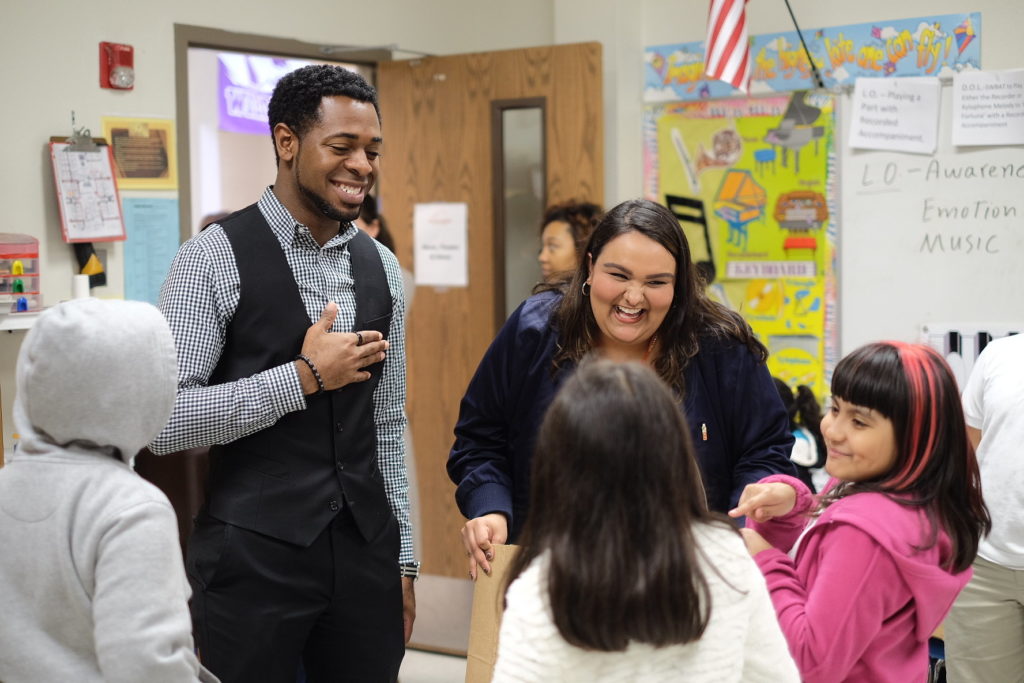 Byron Sanders is a committed advocate for education, economic development, and creating equitable communities throughout Dallas, Texas. As the president and CEO of Big Thought, he works each day to explore innovative ways to narrow the opportunity gap for children. Big Thought connects people and organizations to prepare youth and children in under-resourced communities for tomorrow’s creative economy through quality in-school, after-school and community-partnership experiences. Byron has worked with Big Thought in various capacities since 2008, as a supporter, volunteer, advisor, partner, and most recently, board member.

Byron is a recipient of the 2014 Dallas Business Journal’s MinorityBusiness Leaders and its 2012 40 Under 40 awards. He has also been recognized as a Dallas Convention and Visitors Bureau BIG Influencer, in Who’s Who in Black Dallas, Dallas Foundation Good Works Under 40, and as a TEDx speaker. In 2017, he was named a Presidential Leadership Scholar by the program led by the presidential centers of George W. Bush, William J. Clinton, George H.W. Bush, and Lyndon B. Johnson. Most recently he received the Parkland Foundation’s Community First Award.

Byron’s professional expertise spans the fields of banking, education, philanthropy, and entrepreneurism. Prior to Big Thought, Byron served as Vice President for U.S. Trust, the private bank of Bank of America, where he connected high net worth individuals and institutions to solutions that accomplish their financial goals. He is the former Executive Director of the Dallas Education Foundation, where he built and cultivated philanthropic, corporate, and community relationships to support initiatives benefitting the students of Dallas Independent School District. He also served as Vice President of Group Excellence, a mentoring and tutoring organization serving at-risk K-12 public school students. During his tenure, Group Excellence was named the country’s fifth fastest growing education company in Inc. Magazine‘s 2011 Inc. 500 list.

Byron believes that one’s purpose and mission cannot be fulfilled without being actively engaged in the community. He is a member of many high-impact boards, such as United Way’s Community Impact Council, Social Venture Partners Dallas, CitySquare, ChildCareGroup, KIPP DFW, and the Mayor’s Star Council. He is also a member of Dallas Assembly, Leadership Dallas ’13, Leadership ISD ‘12, Latino Center for Leadership Development Fellows, and several other service engagements.

A graduate of the University of Tulsa with a BSBA in Marketing, Byron’s first love is spending time with his wife Celeste and his two young children.

How do you build creative muscle? What are the top

@stemandthorn You never cease to amaze us! Thanks


Error: admin-ajax.php test was not successful. Some features may not be available.

Please visit this page to troubleshoot.