Youth in Artivism break down social media, nostalgia and the pandemic’s lasting effects

“I learn more from TikTok than I do from my classes.”

For the young creator who made this observation – and for much of Gen Z – social media is more than a tool. It’s a central component of their lives. It’s a source of education and entertainment, but it’s also a source of connection and community.

This spring’s Artivism intensive focused on breaking down social media. The intensive was titled “Spring Cleaning,” a theme that posed the question “What do you want to keep, and what can you let go of?” The young creators who participated in the program – which blends social justice activism and art – spent their spring break dissecting social media and their relationship with it, and creating art inspired by those conversations.

When nostalgia – the term that describes this sentimental affection for reminders of the past – came up in conversation among the youth in Artivism, they had uncovered another concept worth breaking down. The young creators then identified their own go-to, feel-good piece of the past.

Big Thought’s Creative Lead and Artivism Director, Sasha Davis, explains, “The prompt was to break down the things that give them nostalgia, finding the good that they wanted to pass along to their audience and capturing that in their writing to be able to give to whoever’s watching.”

Each participant wrote a script inspired by their source of nostalgia – Matilda, Fairy Tail, a grandmother’s house and a stuffed animal named Eeyore were among the topics. Their writings and visual representations were then compiled into a short film. 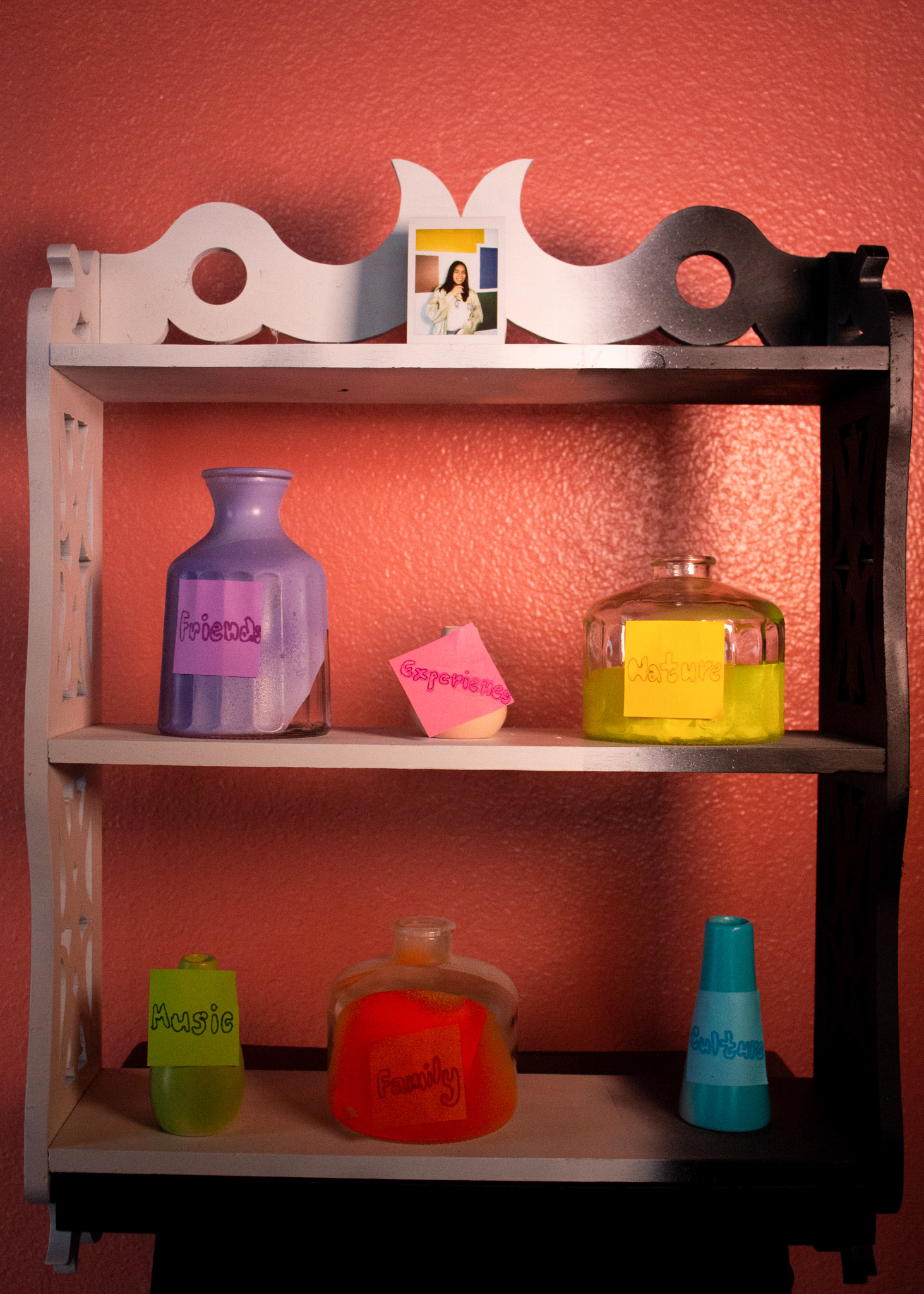 The week culminated in a celebration and exhibit for friends and family. In addition to viewing the short film, attendees were able to use the original TikTok audio the group created or arrange their own “shelfie”, a visual representation of an internal spring cleaning.

The evening also included a panel discussion with Artivism’s young creators. The conversation kicked off with descriptions of their relationship with social media at the start of the pandemic. The group was honest and vulnerable.

“It became an addiction,” another said.

There was a comparison to social media as a “toxic friend who is kind of dangerous and not good for you, but a little fun.”

There was also commentary on life in the pandemic era. 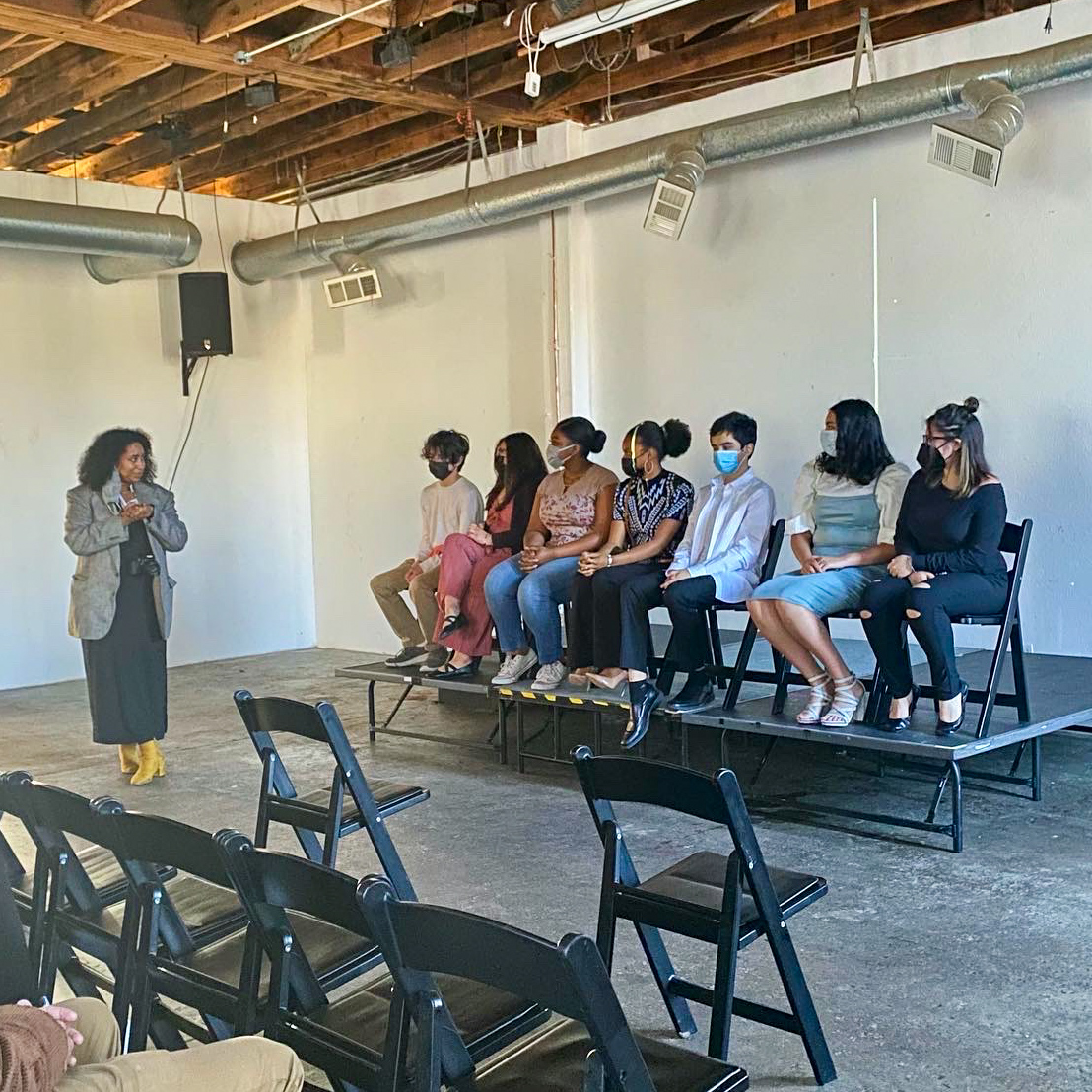 “I used to be an extrovert before the pandemic – then I got really comfortable being by myself. I didn’t know how to interact anymore. I had to relearn how to be my previous self.”

“In my mind I’m 17, even though I’m 20. I missed my prom, graduation, and my friends and I didn’t have closure to who we were when the pandemic started.”

The group acknowledged that amidst the isolation, social media provided much needed communication.

Still, as another young creator pointed out, “It’s just not the same. You can’t replace face-to-face interaction. It’s important to humanity and any mammal in general.”

There’s nuance to social media, and the complexity seems to only have been emphasized in a pandemic era. The young creators in Artivism didn’t hesitate about its drawbacks, but they also credited its ability to provide connection.

Reflecting on the Spring Cleaning intensive, Davis notes, “What I saw was that, for good or for bad, everyone can find a place on social media and everyone can connect with somebody on social media. And I think that for kids that have been locked up in their houses for two years, that is important.”

Read next: Truth vs. Perception: Confidence in Who You Are
MENU
DONATE