How These YMCA Leaders Are Going Beyond Their Clubs’ Walls To Bring Athletics, Education, and Connection To Their Communities 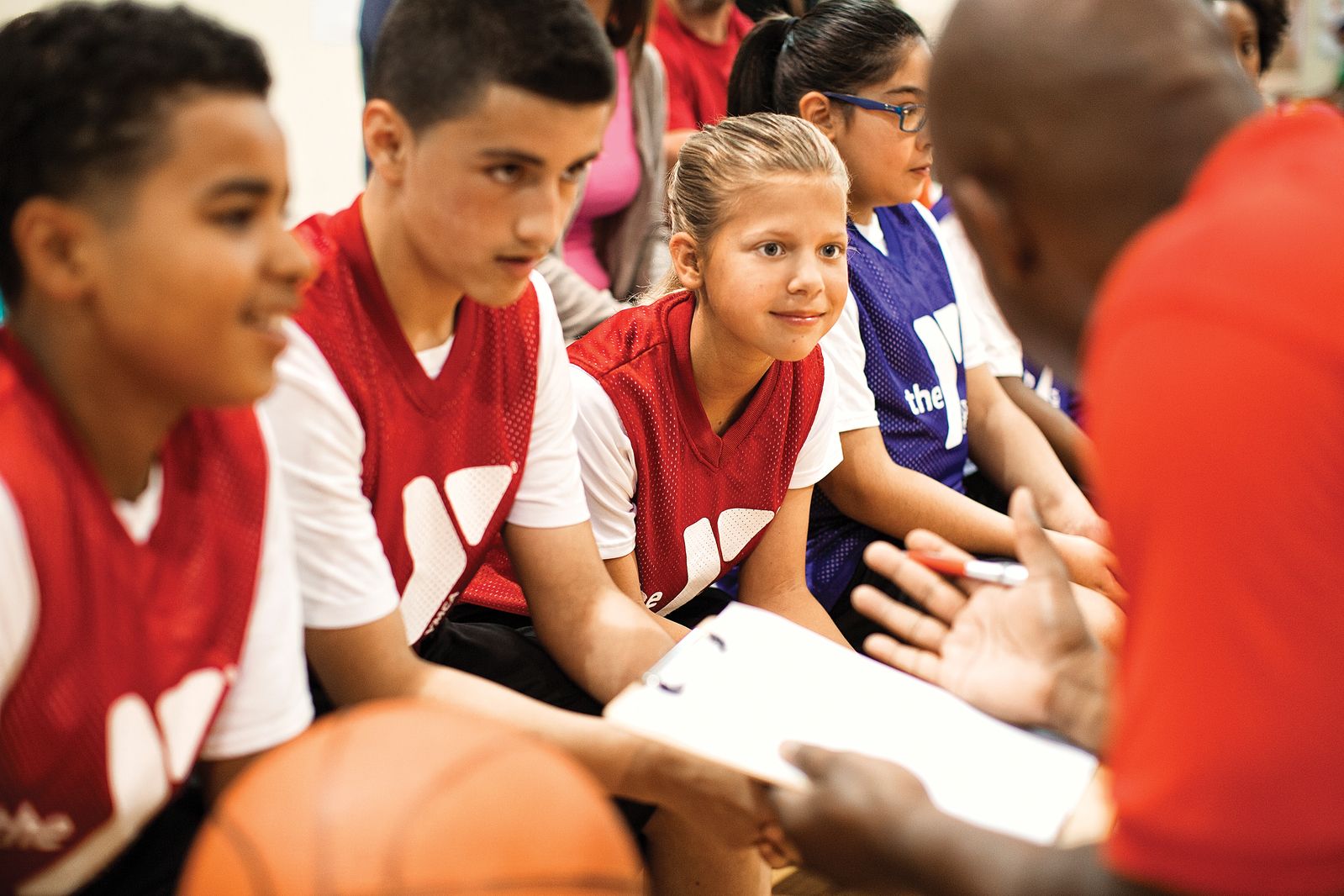 The YMCA has become the cornerstone of neighborhoods all across the country since its founding nearly 200 years ago. Few understand the importance of “the Y” more than JaMonica Washington, regional sports director, and Keith Vinson, VP of operations, who have each worked at the organization for nearly twenty years. During their tenures, JaMonica and Keith have seen hundreds of kids discover who they are and what they love through YMCA programming.

Neither JaMonica nor Keith saw themselves working at the YMCA at all, let alone making it their careers. After high school, JaMonica decided to join the AmeriCorps program, a volunteering organization that led her to become a camp counselor at the Y. “I had planned to only do the two AmeriCorps service terms, and then I ended up staying for twenty years,” she shares.

Keith had recently married and planned to take a job that would take the newlyweds to Georgia, when a friend who worked at the YMCA told him about a position there that he initially turned down. That was more than twenty years ago.

While the YMCA is generally thought of as a brick-and-mortar gym where community members can exercise and participate in different sports, Keith stresses that it’s much more than that. “We get out in the community and teach water safety lessons, we do health presentations. We go beyond athletics and even provide music and STEM classes.”

When the pandemic hit, like most, they had to become even more creative in what they offered to keep community members engaged when they could no longer attend in-person classes. They began offering Esports programming, which allowed them to reach not only kids who were home due to the pandemic, but also kids who, because of disabilities or a lack of transportation, were unable to attend classes at the Y prior. As the world continues to open back up, JaMonica and Keith continue to bring the YMCA’s offerings to the people. The  Esports program remains and they’ve started pop-up programs in communities. “We want to reach kids who can’t really leave home and bring the programming to them,” Keith says.

JaMonica and Keith agree that the best part of working for the YMCA is seeing the kids grow through their time there. Though they shared many stories of their students, one that sticks out is one of a student who started swim lessons at the age of five. During his years at the Y, he started a swim team, placed first in competitions, and made it his mission to get more kids of color into swimming. Through his teen years, he continued to become a highly skilled and awarded swimmer and joined the Youth in Government program, an initiative that helps youth become responsible citizens and gain political awareness through hands-on experience in government. “He completed his final year of law school this year,” Keith shares. After seeing countless stories like this one over the years, Keith describes the feeling of seeing these students succeed as, “the glow you have when greatness is in front of you.”

In 2010, the West Dallas YMCA and YMCA Mooreland at Oak Cliff, JaMonica and Keith’s locations, respectively, partnered with the Dallas City of Learning (DCoL) program to expand their resources and reach in efforts to bring more quality programming to the community. The partnership has allowed them to incorporate field trips, more sports offerings, and innovate over the years. But the thing that’s most important is the connections they have made with and through DCoL. Keith shares, “it’s about the people.” The relationships they have with other partners within the DCoL ecosystem help them to grow deeper roots within the community and establish relationships with people who value bringing quality education and extracurriculars to students.

The West Dallas YMCA and YMCA Mooreland at Oak Cliff, which are part of the YMCA Metropolitan of Dallas, were awarded by Dallas City of Learning with the Neighborhood Award. This award recognizes organizations that support their communities by cultivating a space for enrichment and learning opportunities. “The work that JaMonica and Keith do to provide resources and opportunities for Dallas’ youth and communities, and continue to check in on their communities of Oak Cliff and West Dallas is a prime example of what a good neighbor is and does,” says Sergio Antonio Garcia, senior manager of learning systems at Big Thought. “They listen to what the youth need and do what they can to support and meet those needs.”

JaMonica and Keith expressed their gratitude at being recognized for the work they’re doing and for the credibility that such an honor represents – ultimately helping them continue to strengthen their communities. “People will expect great things from great organizations,” Keith says.

If you want to learn more about the West Dallas YMCA or YMCA Mooreland at Oak Cliff, visit their website.

Read next: How A Grandmother’s Love For Her Grandson Brought STEM Education To Dallas’ Southside
MENU