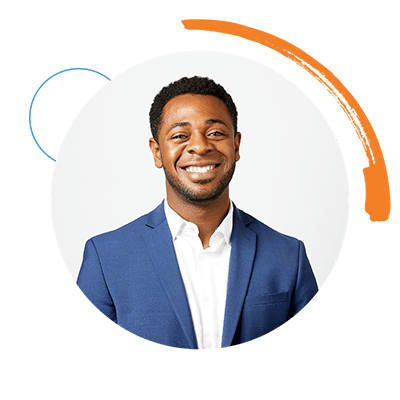 “Closing the opportunity gap means that in addition to high-quality education programs that unlock creativity, we also must provide our children with social and emotional learning skills that will prepare them for careers that are yet to be created.”  — Byron Sanders

Byron Sanders is a committed advocate for education, economic development and creating equitable communities. As the President and CEO of Big Thought, he explores innovative ways to narrow the opportunity gap and believes it’s our charge to shape society so young people have the chance to live the innate greatness that’s inside of them. Byron has been with the organization since 2008 in various capacities, as a supporter, volunteer, advisor, partner and board member.

A collective of creatives, artists, and analysts that partner with the community, schools, and institutions, Big Thought equips youth with tools to channel their voice and creativity into shaping their best lives and the world around them. The organization’s goal is not only to serve equitably but also to push the boundaries of what education can be — now and in the future — through a range of learning experiences within school walls and beyond.

Byron is a recipient of the 2014 Dallas Business Journal’s Minority Business Leaders Award and was recognized in its 2012 40 Under 40 Awards; in 2020, he was an honoree of the paper’s Most Inspiring Leader Award. In 2017, he was named a Presidential Leadership Scholar by the program led by the presidential centers of George W. Bush, William J. Clinton, George H.W. Bush and Lyndon B. Johnson. And in 2020, he became the first person of color to receive the CASEL O’Brien Award for Excellence in Expanding the Evidence-Based Practice of Social and Emotional Learning.

Byron has also been recognized as a recipient of Dallas Foundation Good Works Under 40, Parkland Foundation’s Community First Award, NAACP Juanita Craft Award, Innovator in Education from the Alcuin School and as a TEDx speaker.

His professional expertise spans the fields of banking and finance, education, philanthropy and entrepreneurism. Before joining Big Thought, Byron served as Vice President for U.S. Trust and as the Executive Director of the Dallas Education Foundation, where he cultivated philanthropic, corporate and community relationships to support initiatives benefiting Dallas ISD students. He also served as Vice President of Group Excellence, a mentoring and tutoring organization.

Byron believes that a person’s purpose cannot be fulfilled if they’re not engaged in their community. Locally, he actively serves as a board member with For Oak Cliff, CitySquare, ChildCareGroup, Dallas Symphony Orchestra, Dallas Mavericks Advisory Council, Trinity Park Conservancy, and the Getting Smart Advisory Board, and he is on the United Way’s Community Impact Council. He is a member of Dallas Assembly, Leadership Dallas ’13, Leadership ISD ’12, Latino Center for Leadership Development Fellows and several other service engagements.

Byron is an alum of The University of Tulsa and now serves on the institution’s Board of Trustees. Above all, he loves spending time with his wife, Celeste, and two children.